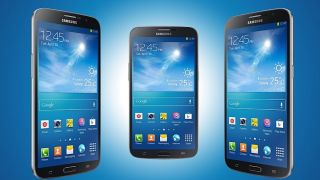 There have been a few rumblings that a Samsung Galaxy Mega 2 is on the way, and not only does that now look more likely, but it appears an announcement may be imminent.

SamMobile noticed that firmware for the SM-G750, which is believed to be the Galaxy Mega 2, is now available online, suggesting that it may soon launch.

We can't say exactly when that launch might be, but IFA 2014 is taking place at the beginning of September so there's always a chance that Samsung will announce it there. Though if it does it will likely be buried beneath the hype around the Galaxy Note 4.

Middle of the road

So it should be a slight upgrade over the first Samsung Galaxy Mega, but every bit as mid-range.

We were disappointed by the resolution and lack of internal storage on that phablet and it looks like the same may hold true again, but if it's priced right it could be an affordable alternative to the Galaxy Note 4.