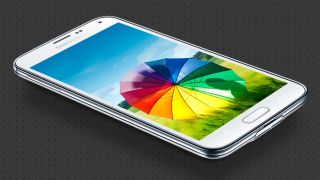 Want an S5 but don't want TouchWiz? Your time is nigh

We've just had a big hint that the Google Play Edition Samsung Galaxy S5 is imminent.

Someone has replaced the photo of the Google Play Edition S4 on Google Play with a picture of the S5. Simple mistake or huge clue that we're about to see the new version go vanilla? The latter, we say.

While the photo snafu doesn't tell us exactly when we'll see the S5 Play Edition on sale, it does at least just about confirm that the handset exists.

Google Play Editions are popular Android handsets released with raw Android, so the GPE S5 will come without TouchWiz or any of Samsung's bells and whistles.