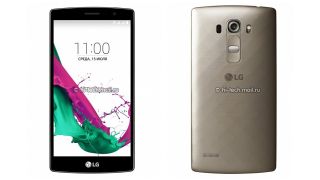 A new set of renders have leaked onto the internet that claim to show yet another variant of the LG G4 – the low price LG G4 S.

According to the renders and the rumours that accompanied them, which first appeared on a Russian website, the LG G4 S will look pretty similar to the standard LG G4.

It's also claimed that the LG G4 S will come with a 5.2-inch 1080p display, an octa-core 1.5GHz CPU and an 8 megapixel rear camera with laser autofocus.

If these rumours are true then the LG G4 S joins a growing list of LG G4 variants, which includes the large LG G4 Stylus and the compact LG G4c.

Having yet another version of the LG G4 seems a little like overkill, and could end up confusing consumers.