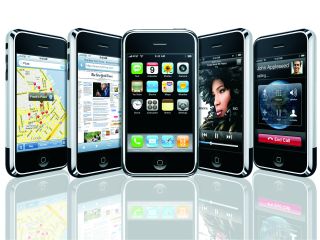 Mac users are still eagerly expecting a 16GB version of the Apple iPhone: it's just not coming tomorrow

Mac fans have been quick to quash rumours that a 16GB iPhone may be making its Apple Store debut tomorrow. It's now emerged that images showing the higher capacity iPhone in action are fake.

This doesn't mean, of course, that a 16GB iPhone isn't coming. Mac fans are still expecting an update to bring it into line with the 16GB capacity of the practically identical Apple iPod touch.

Unfortunately it looks now as if they'll have to wait a little longer.