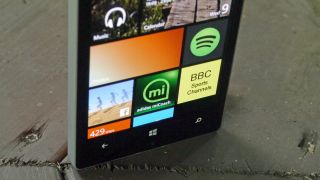 Last we heard Windows 10 Mobile was a long way off and would come as late as November, but now we've learned Microsoft's new mobile operating system is nearly feature completely.

In an interview with The Verge, Microsoft's Joe Belfiore let slip that Windows 10 Mobile "significantly feature complete." In the coming months Microsoft will supposedly continue to polish and tweak the OS for future Windows phones.

Belfiore also mentioned that Microsoft will possibly have two premium Windows 10 Mobile smartphone released in 2015. These handsets would more than likely be the Lumia 950 and 950 XL, which are rumored to feature front-facing infrared cameras that will be instrumental when logging in without a password through Windows Hello.

Is it a Surface phone?

Interestingly Windows and Devices Terry Myerson also hinted at the the possibility of a Surface branded mobile device.

"We are going to focus on a few great devices and the most notable being that premium consumer category," explains Myerson, adding, "The direction we will head is the premium-branded lineup." I push him on whether that's a similar approach to Surface, and he claims "the goal is to have one Microsoft device family that plays this role in the Windows ecosystem."

Myerson never states the device will be the phone version of Microsoft Surface tablets but he suggest a similar approach. It just so happens that the Lumia 950 and its larger XL brother are said to feature the same Surface Pen technology that makes using tablets like the Surface 3 and Surface Pro 3 so unique.