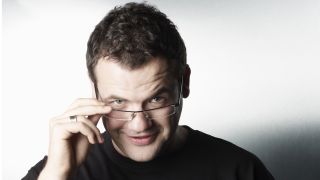 Kogan plans to take on Telstra with its own network

The Kogan name did a pretty good job of shaking up the television market in Australia, and now founder Ruslan Kogan looks set to try the same thing with mobile.

According to men's lifestyle site EFTM, Kogan is on the verge of launching its own affordable prepaid carrier, running on Telstra's mobile infrastructure.

The prepaid-only service won't have access to Telstra's super fast HSPA+ or 4G networks, but it will offer unlimited calls and messages and plenty of data for a bargain price.

The network will offer unlimited talk and text, plus 6GB of data every month, for $29.

For customers willing to pay in advance, three-months of coverage up front will cost $79, while a full year is $299. That represents saving of $8 and $49 respectively.

It's important to note that the speeds on offer with this plan won't come close to what Telstra HSPA+ handsets deliver, but it's still more data than most people will need.

While Ruslan himself hasn't confirmed the network's existence, the registration of the koganmobile.com.au domain name adds validity to the claims.

But not so much as the Kogan app in the Google Play Store, which describes the app as: "The Kogan Mobile app is for customers on one of Kogan's mobile pre-paid plans. Use this app to manage your account with Kogan Mobile."

We expect a formal announcement in the coming days.