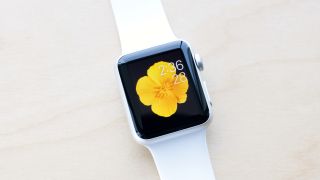 While Apple sent out invites today for what is expected to be the launch of the iPhone 6S, an image of the iPhone 6S Plus' box has popped up overnight, hinting at a feature exclusive to the Apple Watch.

The slightly blurry photo of the unassembled box was posted on Chinese site cnBeta, and shows the iPhone 6S Plus with the image of a butterfly Koi fish on it.

The style of the image is in line with current iOS 9 beta wallpapers, but it's been suggested that it could be one of a new set of Motion wallpapers, or animated wallpapers.

While it would be easy to fake the image on the box, it wouldn't be too surprising if the animated wallpaper feature made the jump from the Apple Watch to the iPhone 6S and iPhone 6S Plus with the launch of iOS 9.

We only have until September 9 to wait to find out if a new group of Motion wallpapers make it onto the new iPhone handsets.