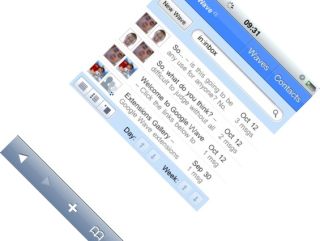 Google Wave is already up and running on the iPhone, with the lucky few that got invites able to access the next generation communications and collaboration tool through their handsets.

TechRadar has had a fairly lengthy play with the service on iPhone handsets, and, although it is a little buggy (and frequently kicks you back to the 'your browser isn't supported screen') it runs perfectly well as an app.

Google has already enabled most of its services to run in a mobile 'm' app when accessed through the iPhone or other smartphones.

Thus, webmail service Gmail, Reader and the search engine itself run in a mobile format through the browser which is much like a standalone app.

Wave itself is in its early stages on PC screens let alone through a mobile device and it does show, with things not running particularly smoothly.

The text waves seem to work okay, although it's not as real time as the full screen version.

So here's a few picture of the service, and we'll be keeping you updated as things are turned on, both in the mobile and full versions.