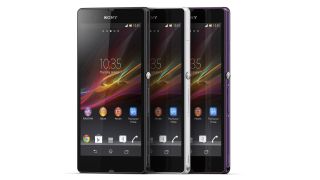 A bit of good financial news for Sony: the company confounded expectations with its latest results, with smartphones leading the charge and a bucket of hope riding on the PS4.

It's even better news when you look at the operating profit compared to this time last year - income is up by 30 billion yen - that's around $300m - after restructuring came into place and the global exchange rates swung in Sony's favour.

Sony says the big bucks are all thanks to the strong smartphone sales boosted by products like the Xperia Z on top of those thrilling favourable exchange rates.

Sony's mobile division saw a huge 36.2% uptick compared to last year and Sony notes the fact its phones sell for more than they used to has also helped.

Champagne corks might not be popping over at Sony HQ just yet though - the gaming division saw a bigger loss than in previous results, which Sony attributes to a drop in PS3, PSP and PS2 sales coupled with the cost of developing the PS4.

The PS4, of course, should further revitalise Sony's coffers when it launches in time for Christmas.