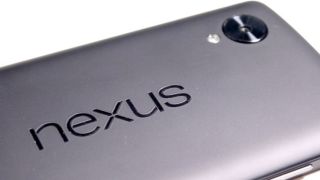 Biometrics are on the menu

Has Google been checking out our Google Nexus 6 wishlist? It looks like it - we said we'd like to see some biometric security on the next Nexus and now we're hearing that Google's in advanced talks with a fingerprint reader supplier.

After all, anything the iPhone 5S and Samsung Galaxy S5 can do, Google's flagship Nexus device can do too, right?

The rumour comes from a "trusted source" talking to Android Geeks, who 'confirms' an earlier rumour that the Nexus 6 will be based on the upcoming LG G3.

We haven't seen any concrete evidence that LG's planning to put a fingerprint sensor in the LG G3, although a couple of (fairly spurious) sources have claimed that it is.

We're expecting to see the LG G3 launch at an event on May 27, at which point we should find out pretty much all the tech specs of the Nexus 6.

However, we don't see Google unveiling the new Nexus until Google I/O in June.