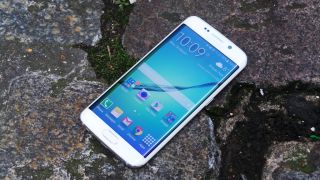 Samsung's Galaxy S6 Edge looked beautiful but lost a lot of the functionality that the Galaxy Note Edge introduced in the side screen.

Samsung clearly knows it has a problem and has patented a new software section called Apps Edge that's "for use in organising and allowing quick access to frequently used applications."

We take that to mean it'll be a separate section on the phone that offers up apps for the edge displays on the S6 Edge and the long rumoured S6 Edge Plus.

The edge of glory

It isn't currently clear whether Apps Edge will include a store of new apps to download or whether it'll just include features already installed on the phone.

Adding functionality to the side of the screen is the top priority for Samsung here - there is a lot of untapped potential in such a unique screen setup.

We've got our fingers crossed it'll rollout to previous handsets as well as the new additions to the Edge range.