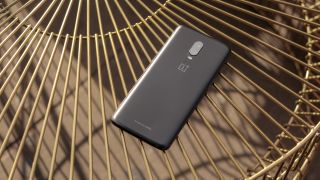 When the OnePlus 6T launched last week, it was introduced in two different black variants and no other colors. But a new leak suggests you'll soon be able to buy it in a different shade.

A new leak from Mr Gizmo provides pictures of the OnePlus 6T in a new Thunder Purple shade. That's a new color we haven't seen on any previous OnePlus handsets.

The leak comes with a variety of press renders showing off a shade that's similar to the purple variant of the Samsung Galaxy S9.

Jumping on the purple train

Although we haven't seen many leaks from Mr Gizmo in the past and the site doesn't show how it found this latest snippet, the press materials do look legitimate.

Previous OnePlus devices have come in Lava Red, Sandstone White, Silk White and Amber Red but there's currently no sign of the company releasing those colors for the newer 6T.

Below you can see the first leaked press shots of the OnePlus 6T, and we'll be sure to let you know if and when the company announces the new color.