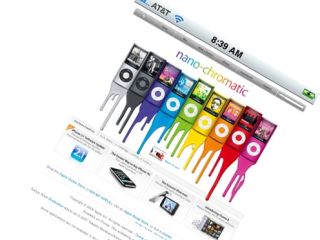 The news that Apple is beginning to approve third-party browsers could open the door to iPhone versions of Firefox or Opera.

Apple had previously not allowed any obvious browsers through its vetting procedure, although the likes of Twitterific did have a simple browser included.

But the decision to allow the likes of Edge Browser, Incognito and WebMate through could spell a sea change from Apple.

Mozilla would likely be the biggest beneficiary should Apple allow a version of the popular Firefox to appear on the App store, although the likes of Opera, Google Chrome and, whisper it, even Microsoft's Internet Explorer could feasibly be offered as well.

The open-source Firefox program is currently making major inroads into IE's dominance in the browser arena for computing – moving past the 20% mark, with Apple's Safari, Chrome and Opera also taking a percentage of the market.

Safari is currently the default browser for the iPhone, but unless Apple is going to institute one rule for one and another for the major players then its dominance even on the company's handset could begin to decline.