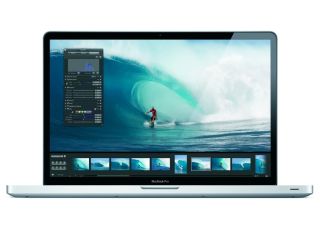 Apple has lit up Macworld 2009 with the announcement of a 17-inch MacBook Pro that comes with a whopping eight-hour battery life.

But there's a catch. Apple's battery might deliver three times the lifespan of a typical laptop battery, but the new lithium polymer cell, which is 40% larger, is non-removable. So the eight hours of battery life requires a trade-off in terms of flexibility.

"We've developed new battery technology that is better for the user and better for the environment," said Steve Jobs. "Apple's advanced chemistry and innovative technology deliver up to eight hours of use on a full charge cycle and up to 1,000 recharges."

The new 17-inch MacBook will be available in late January and only comes in one configuration costing $2799. See the specification below: