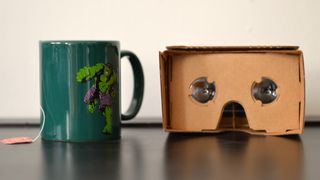 YouTube has revealed that it is working on virtual reality 3D, 360-degree videos support.

So far, YouTube does have a slew of 360-degree videos already available that you can view by clicking up, down or left and right using your keyboard.

YouTube also already supports 3D videos as well, so it was only a matter of time before it introduced VR videos.

Unfortunately, YouTube hasn't announced when VR video support will be launched, but it is clear that the VR videos will work with Google Cardboard, considering the photo it attached to its tweet.

Google is also currently testing VR camera-rigs, so an interest in VR and VR video creation has clearly been a focus for the company for a while.

In anycase, having a popular platform make VR videos more easily available (and easily uploadable for VR content creators) can only be a good thing for the new medium.

Via Road to VR