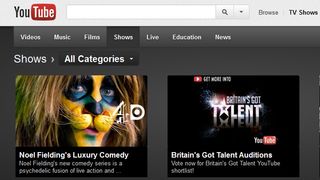 People are increasingly turning to YouTube for news coverage, according to a new study.

Examining news content on YouTube from January 2011 to March 2012, the researchers at Pew Research Centre found, rather unsurprisingly, that people turn to YouTube for eyewitness coverage of major events.

During the course of the 15-month study, videos relating to the Russian elections, uprisings in the Middle East and the foundering of the Costa Concordia cruise ship were also highly trafficked.

But the most-viewed news event on YouTube was the Japanese earthquake and tsunami.

In the seven days following the disaster, the 20 most viewed news-related videos on YouTube were focused on the events in Japan, and were viewed over 96 million times.

Over a third of the most-watched news videos on YouTube were uploaded by regular joes rather than professional news outlets, which in turn accounted for 51 per cent of news content on YouTube.