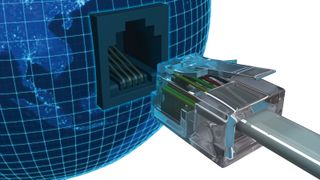 Amazon and Google are the big spenders

ICANN has revealed the companies and people behind the near-2000 proposed new domain names for the web and, unsurprisingly, two tech heavyweights crop up the most: Google and Amazon.

TechRadar has combed through the extensive list and found some interesting potential domain names both Google and Apple have proposed to ICANN, some of which both companies are vying for.

When it comes to Amazon, the electronic retailer has gone for an impressive 76 domain names, including its own name and brands such as Kindle and Fire, as well as some oddities - such as jot, room and smile.

Google's Sarah Falveyhas also been busy proposing new domain names to go alongside the likes of .com and .co.uk.

In total, Google went for 90 or so, with some of its proposals overlapping with Amazon.

The overlaps are definitely of intrigue. Both Amazon and Google have proposed: app, cloud, movie, music, search, spot, store and talk as potential suffixes.

When it comes to other tech giants, most have registered their names and not much else. Those who registered include: Samsung, Sony, Toshiba, Sharp, Panasonic, Acer, Apple. Microsoft, Yahoo, Flickr and Canon.

AOL proposed both AOL and patch, while LG looks to have not bothered with the whole thing.

One person who is trying to match both Amazon and Google for proposals is internet investor Frank Taylor Schilling.

The proposals now go through a 60-day cooling off period where the public can sift through them and say if all is okay with the potential suffixes.

Then it is up to ICANN to decide who is worthy of owning each domain name - which should be very interesting.