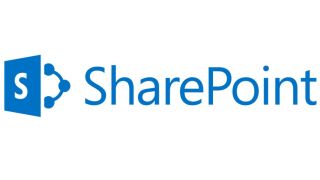 SharePoint is changing although some users might be reluctant.

A little known feature that some described as Microsoft's online version of "FrontPage", the company's ill-fated WYSIWIG HTML editor, will be dropped within weeks according to a Knowledgebase post.

The latter confirms that the SharePoint Online Public Website feature will be deprecated from January 2015 and will be available for existing user for a minimum of two years. New Office 365 users won't have access to it.

Moving forward, the statement says, "Office 365 customers will have access to third-party offerings that will enable them to easily integrate their public presence with their Office 365 service".

More details will be unveiled next month. Microsoft explained the move by saying that the "difficult decision" was taken to deliver the utmost value to its customers and focus future investments while relying more on potential partners who will provide solutions at "discounted pricing rates".

It's interesting to note that Microsoft has been relying more on "partners" lately. The move to strategically allow others to get selected portions of Microsoft's cake (where the company was never expected to get big revenues) is interesting indeed.

Back in November, Microsoft announced a strategic partnership with Dropbox allowing the latter to compete better against its own cloud storage, OneDrive.