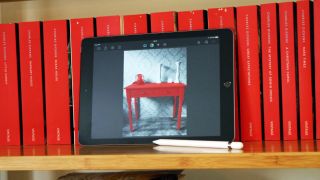 Back before we used smartphones for everything, from reading and writing to art and business, we used an archaic technology called 'a book' – and it looks like Google might have plans to take us back to this dark time, albeit with a high-tech twist.

A patent found by LetsGoDigital shows a variety of designs Google is considering for its first folding phone, and one of them bears more than a passing resemblance to a good old-fashioned book, with multiple pages you can flick between.

The foldable book phone seems to resemble multiple Samsung Galaxy Fold-style handsets attached to each other, with each 'page' opening up to reveal a large screen that when closed is hidden away inside the device.

Other aspects of the patent show how the hinges and screens would work. We've actually seen some of the images before, when the first patent for a Google foldable was spotted, so it seems the company is building on its previous ideas.

Google's patent shows a novel and inventive device – but also one that's completely and utterly redundant.

No folding device needs multiple similar screens, as it would be quicker and easier just to change what the first screen shows than to flip to a second one – the Google foldable book phone's unique selling point makes it over-complicated, and therefore redundant.

On top of that patents don't always result in finished products, as they're used by companies as ways of testing ideas, so what this patent really offers is proof that Google is testing out complicated hinge mechanisms.

That's not to say we definitely won't see this design become a phone, as we can't tell the future for sure, but we'd be very, very surprised to ever see it on store shelves.