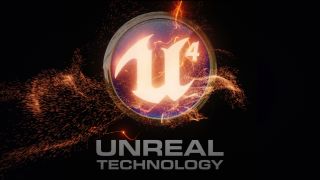 Remember a time when Sony hated Microsoft and SteamOS seemed like a gamble without solid development support? Oh yeah! That was like, one week ago.

Well those walls may soon fall down thanks to an incoming update to the Unreal Engine that will offer its source code directly to PS4 and Xbox One developers.

Developers who subscribed to Unreal's $19 (about £11, AU$20) per month plan that debuted at GDC this year and who are members of the ID@XBOX program or, conversely, registered PlayStation developers, will receive source code at no extra cost.

Also part of the update is support for SteamOS and Linux. This still requires a Windows machine or Mac to run the actual development kit and a Steam Controller to test the finished product, but the update makes completed games quicker and easier to port to the open-source platforms.

It's like Ice Cube once sang, "Today was a good day." For developers.

And for gamers, too

This doesn't sound like much to us non-coding folks, but this will actually radically improve the development world and should increase the speed at which games are made for these platforms.

Interested in working on building your own game? The Unreal Engine's a powerful, cost-effective way to start ($19 a month is crazy for a development kit as feature-rich as the UDK). The catch? Be prepared to sacrifice 5% of your earnings to the guys at Epic to fund Gears of War 4.

I develop and so can you

It's long been known that retail Xbox One systems may double as development kits - a far cry from the Xbox 360 days where owning a testing environment was a complete hassle - but this announcement could be a precursor for the Big M to make a formal announcement and instructions on how to do it at this year's E3.

It's a bit of a stretch, but crazier things have happened.