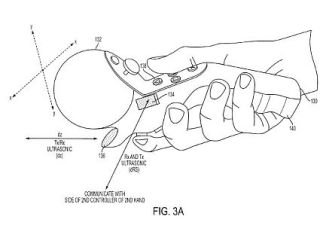 Is this break apart controller, detailed in a recent SCEA patent, the future of PlayStation control?

It seems like those rumours that a Wii-like PS3 motion-sensing controller that breaks apart were on the money, if a recent SCEA patent is anything to go by.

The patent, filed earlier this summer by Gary Zalewski from SCEA, details a break-apart controller which emits an ultrasonic beam of sound and light, interpreted by the PlayStation Eye to track a player's movement.

Essentially, such a device would offer a similar experience to Wii's motion sensing, without the costly infringement of any Nintendo copyrights.

"[The] game interface tracks the position of one or more game controllers in 3-dimensional space using hybrid video capture and [an] ultrasonic tracking system," reads the patent filing.