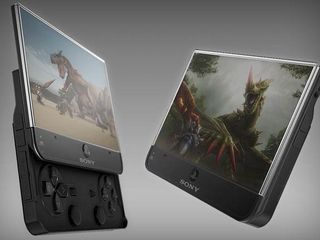 PSP 2 on the way? Not according to Sony Computer Entertainment...

Sony has flatly denied that a PSP mark 2 is in the works, despite usually-credible news source IGN claiming otherwise this week.

Speaking to TechRadar earlier today, a SCEE rep told us in no uncertain terms that there were definitely no current plans for a PSP 2, despite IGN's claims from its unnamed sources.

"IGN has learned from several credible sources that the PSP 2 is indeed on the horizon, and will be packing multi-touch technology," reads the initial report that kicked off the latest rumours.

"According to our sources, the PSP 2 will feature a widescreen multi-touch interface comparable to that of the iPhone for both in-game control and menu navigation."

It's a nice idea, and one which may well see the light of day at some point in the future.

However, as far as Sony Computer Entertainment is concerned, it is currently little more than vapourware on an IGN scribe's wish-list of dream hardware.

After all, as it's the time of year (post-Xmas and pre-Easter) when hard games industry news is thin on the ground and a few over-eager games journalists tend to get ahead of themselves and decide to run uncorroborated rumour as news.