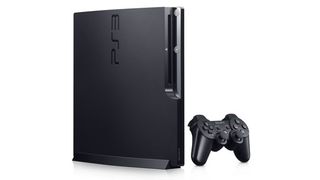 Sony sold more consoles during a slow 2012 in games

Sony Australia is claiming multiple victories in the Australian gaming market over the past 12-months, despite the iGEA recording a 23-percent downturn in hardware and software sales during the same period.

Based on figures gathered by analyst firm NPD, the Australian games industry totalled $1.15 billion in 2012, down from $1.5 billion in the previous year. Despite these hard numbers, iGEA CEO Ron Curry believes this figure undervalues the market as a whole, as it only accounts for sales through retail stores and leaves out digital sales, which could be worth in excess of $600 million.

"As Australians consume video games across a broader range of mediums, it's becoming harder to get a true indication of the value of the industry via a single source," said Curry in a statement.

Waiting for the next big thing

He also believes the downturn in physical sales reflects the end of the life cycle of this current generation of gaming consoles, saying that a similar trend was seen back in 2005, before the release of the PlayStation 3 and Xbox 360.

Microsoft is yet to respond to the iGEA report, but we expect to hear from them shortly.

Bucking the downward trend of the market generally, the iGEA did note that PC sales were up by 3.4-percent for the period. This on the back of big name releases for PCs in 2012, namely Diablo 3 and Guild Wars 2.

The biggest loser in the report does seem to be console sales though, with a drop of 26-percent recorded. This could see a huge turn-around this year if Sony and Microsoft release new highly-anticipated new hardware, the first clues of which we are likely to see at the Games Developers Conference (GDC) in a few weeks time.