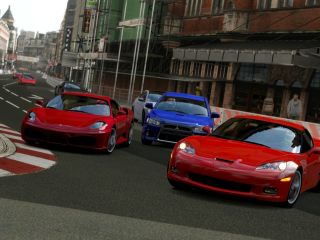 If you fancy a chance of playing early preview versions of this year's biggest PS3 games, then Sony has your back – with the company announcing the first details of its new consumer-focused 'PlayStation Access' events this week.

Sony announced: "Both events will be kicking off on the Friday evening, which will play host to our 18+ session. We will then have 4 more sessions that will take place over the course of the weekend, involving intimate developer sessions, a FIFA Interactive World Cup tournament, where we will be taking the winners from each session through to the FIWC UK Final.

If you've been caning Gran Turismo 5 for the last few months, then it is certainly worth making the trip to one of Sony's events, as the company is offering virtual drivers the chance to take part in Time Trial competition to win tickets to the UEFA Champions League Final at Wembley this coming May.