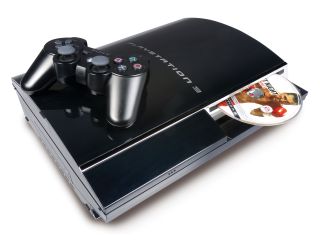 The Sony PS3 is set to double up as a set-top box for IPTV services in Korea. Sony Computer Entertainment Korea (SCEK) has announced it's partnering with Korea's biggest telecoms operator, KT, to make the PS3 compatible with the Mega TV IPTV service.

Under the deal, Sony will enable Korean PS3 owners to download an application that will allow them to stream TV from the internet.

It adds yet another function to a device which already acts as an HD games console, Blu-ray player, media center and internet browser.

PS3 gets IPTV in Korea

"With this partnership, Mega TV will include high-definition games and Blu-ray media in its periphery,'' said Lee Young-hee, chief of the Media Center at KT. "We will seek more co-operation with SCEK to create synergy.''

In the UK and US, the PS3 will soon become a digital TV media device. The Play TV digital tuner will allow PS3 owners to watch and record live TV, as well as store HD content on the console's hard drive.