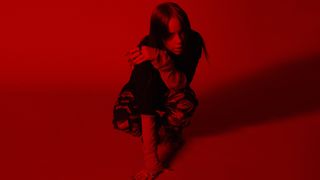 The theme tune for James Bond movies is always a prestigious gig, and we've had a variable bunch of the years: the last effort, Sam Smith's 'Writing's on the Wall', was reportedly written in 20 minutes, and the lyrics really told that story. Billie Eilish's Bond theme for No Time To Die, the coming (allegedly) final outing for Daniel Craig's James Bond, has much more to it.

The song has now been released on Spotify and YouTube in full, over a month before No Time To Die's April 3 release date. Have a listen below:

From the first few notes, it almost sounds like a Lana Del Rey track, circa the Honeymoon album. But where, ultimately, will this rank among Bond classics like A-ha's The Living Daylights and Duran Duran's A View To A Kill? Bond themes definitely tend to land better when they lean towards a ballad with a touch of melodrama.

Eilish will perform the theme live at the Brit Awards on February 18 along with Johnny Marr, Hans Zimmer and her brother Finneas, who co-wrote the song.

No Time To Die, meanwhile, has a lot of promising things on paper as Bond movies go: its director, Cary Joji Fukunaga, was responsible for the first season of True Detective, still largely considered one of the best modern TV shows. Mr Robot's Rami Malek, meanwhile, features as villain Safin.

The first trailer was a little too plot-heavy and made us wonder if there were too many downsides in serializing Craig's Bond movies. Hopefully, though, this will allow the actor to go out on a high, after the bloated and disappointing Spectre.