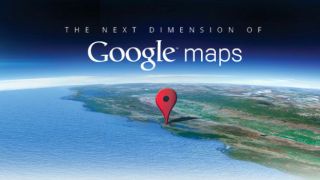 Google to strike with new features before Apple gives it the boot?

Google will announce its latest Google Maps innovations next week, just days before Apple will reportedly ditch the service for its own 3D solution.

The search giant has invited the media to an event on June 6 where it will unveil the 'next dimension' of it's hugely popular service.

Brian McCleendon, VP of Google Maps and Google Earth will apparently host the event and demonstrate a host of new features, which may mean a new 3D mapping feature.

The event, which will take place at 5:30pm UK time on Wednesday, will show off features "that will help people get where they want to go – both physically and virtually."

The timing of Google's event could be an attempt to get in first, before Apple drops the bombshell at WWDC on June 11.

Apple is widely expected to announce the an in-house 3D mapping service, ending its long association with Google Maps on iOS devices.