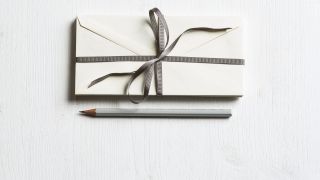 Single’s Day (or Guanggun Jie) – not to be confused with Singles Appreciation Day – had its humble beginnings in China to celebrate the pride of being single. It started in 1993 as Bachelor’s Day at Nanjing University, quickly spreading to other universities during the next few years.

November 11 (11/11) was chosen as the day for celebrating single-dom as the number 1 best represents someone sailing solo. Parties are organized where singles can mingle and, more recently, it has become the largest shopping day in China, spearheaded by retail giant Alibaba.

Single’s Day, however, is no longer restricted to China. With Alibaba operating worldwide, Single’s Day sales have spread to South-East Asia and is now creeping further south, heading below the equator to Australia and, potentially, New Zealand.

Last year, Alibaba set the world record for the most payment transactions made during the unofficial holiday. South-East Asian e-commerce company Lazada clocked up US$123 million in sales just on the back of Single’s Day, and we’re expecting the retailer to outdo that performance in 2018.

Single's Day is nearly here but some retailers in South-East Asia have jumped the gun. A few deals have already been announced and we've got them listed below:

Singapore) Xbox One X | save S$110 on consoles and bundles

If you're after Microsoft's most powerful gaming console to date, you're in luck as, just for Single's Day, you can save S$110 on the console alone, or on any bundle. Good time to stock up on those games you've been wanting to play.View Deal

If you're happy with the older console, this is your chance to save S$129 and score an Xbox One S bundle for just S$299. Games include Sea of Thieves, Battlefield V and Forza Horizon 4.View Deal

It's the second iteration of the best 2-in-1 money can buy, but just for Single's Day, Microsoft Singapore is discounting this powerful configuration of the Surface Book 2. While you won't get solid-state storage, you will get a whopping 1TB to stock your files.View Deal

Microsoft recently announced the sixth iteration of the tablet that can replace your laptop. While the 2017 version of the Surface Pro hasn't really seen a price drop, Single's Day brings the cost of this little beauty down by S$300.View Deal

It might be two generations old, but this is still one heck of a travel compact. And yes, it still does cost an arm and a leg, but you can get 25% off on this pocketable snapper this Single’s Day.View Deal

This is the Panasonic camera that introduced us to the 1-inch sensor in a diminutive travel zoom. You get 10x of optical zoom alongside 4K video capture, touchscreen controls and built-in Wi-Fi for $254 less than its usual retail value.View Deal

Save $60 on a smart speaker that you can even take to the park with you. With Google Assistant at your beck and call, perhaps you can even complete your Single’s Day shopping with a voice assistant’s help.View Deal

4K smart TVs are expensive, but Single’s Day is a great opportunity to upgrade your entertainment system to this 65-inch UHD telly. You can save S$800 when shopping from Harvey Norman in Singapore, bringing the retail price down by 21%.View Deal

With a whopping 25-hour battery and a solid build, the HD 4.50 cans come with not just noise cancellation technology but with excellent sound quality as well. They’re a mid-budget set of NC cans and for Single’s Day are cheaper still with 27% off.View Deal

This is one of the older mirrorless crop sensor cameras still available today. It’s since been replaced by the A6300 and the A6500, but that means it’s seen a price drop. Add to that a discount of 25% (save RM760) for a kit makes this a decent bargain if you’re after a new camera.View Deal

These cans gave Bose a run for its money and, although the next generation of WH-1000XM headphones have been announced, these are still one of the best noise-cancelling headphones money can buy. For Single’s Day, Harvey Norman has dropped the price of this premium set by 21%.View Deal

This is one of the best entry-level cameras Canon has produced – it's easy to use with excellent Live View autofocus. And it's discounted for Single's Day with the use of the code Can11Nov.View Deal

The second iteration of the already popular EOS 6D full-frame DSLR ups the resolution and speed of the original, and comes with the latest tech inside. And now's your chance to save on the snapper with the use of the code Can11Nov at checkout.View Deal

This full-frame DSLR has been a favourite amongst pros for a long time now. And while it is rather expensive, Single's Day is a great opportunity to snag this excellent camera direct from Canon for less with the use of the checkout code Can11Nov.View Deal

You don't need a smart TV if you've got a voice-controlled set-top box. This OTT box allows you to speak into the remote control to search for your favourite shows and movies. Play from Netflix or YouTube, and it's up for pre-order on AliExpress with a discount for Single's Day.View Deal

Malaysian shoppers can score 20% off on the DJI Spark Fly More Combo from Senheng. It's the best entry-level drone that's a lot of fun to fly, however you'll find it only in the green color option.View Deal

Need to upgrade your entertainment system? While a fancy QLED will burn a hole in your pocket, Malaysian shoppers can get 29% off on this excellent 58-inch 4K smart TV from Senheng.View Deal

Keep in mind that the processor is the sixth-gen Core i5, yet there's enough power under the hood for your usual daily tasks. As long as you aren't planning on using this for hard-core gaming, this 12-inch Acer Switch convertible is not a bad bargain with 31% off.View Deal

With Black Friday and Cyber Monday sales so close to Single’s Day each year, the festival hasn’t picked up in popularity with retailers Down Under. However, with a growing Asian population in Australia, local retailers are gradually getting into the action.

According to the government body Trade & Investment Queensland, Australia became the third highest seller of goods to China via Alibaba’s e-commerce platform, but Aussie retailers have so far refrained from offering bargains directly to local shoppers.

Last year saw Aussie shop on Alibaba to make the most of Single’s Day deals, so there’s a good chance we could start seeing local retailers participate in the celebration by offering discounts on a wide range of products in the years to come.

While Aussies can make score some offers from AliExpress mentioned in our quicklinks sections above, this year Microsoft Australia has jumped on the Single's Day bandwagon, along with huge discounts from Lenovo.

If you've been coveting the Microsoft Surface Pro range but find them out of your reach in terms of budget, the Lenovo Miix 510 is not a bad compromise. It offers plenty for its price tag. And while this device is already discounted, you can save an additional $100 this Single's Day weekend by using the code 1111 at checkout to make this a really affordable option.View Deal

Need a more powerful convertible laptop? This 2-in-1 Yoga usually comes with a price tag that can make you see green, but save a whopping $1,150 by using the checkout code 1111. This adds an additional $100 saving to your pocket on an already heavily discounted laptop.View Deal

Microsoft Australia | 11% off on selected PCs

Microsoft often runs offers on some Dell and Razer laptops. This includes the excellent Dell XPS series and some of the more powerful gaming laptops to grace the market. So if you'd like a Razer Blade Stealth, there's up to 11% off.View Deal

Microsoft Australia | 11% off on gaming accessories

While Singapore gets some discounts on gaming bundles, Australia isn't so lucky. Instead, Aussie gamers get to save on gaming headsets, Xbox controllers, keyboards and much more this Single's Day, with 11% off on a wide range of gaming accessories so you can get your game on.View Deal