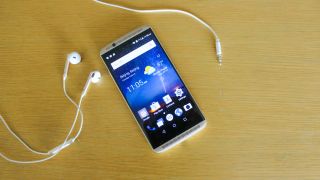 It just happens to be the first Daydream-ready phone, so you can expect an Android Nougat patch in the future to make everything compatible. Today's press release suggests "Fall of 2016."

That's good news because we already played with and liked the ZTE Axon 7 in our hands on review, even without Google's VR ecosystem involved yet.

ZTE Axon 7 was built (and named) to rival the rumored Apple iPhone 7 and Samsung Galaxy Note 7 in everything but price. It's feature-packed, yet affordable.

Axon 7 costs $399, well under the usual $649, and this is a no-contract smartphone. In other words, you won't find it at a subsidized price at AT&T or T-Mobile, though it works with both of these GSM carriers.

Instead, it'll be sold unlocked at Amazon, Best Buy, B&H, Newegg and the official ZTE website. Just don't expect the Axon 7 to work with the Verizon and Sprint networks just yet.

Technically, the phone supports all of the necessary GSM and CDMA bands in the US, but both Verizon and Sprint have to "flip a [firmware] switch" to support it.

As we continue to test out the ZTE Axon 7, look for our hands on review to become a full review closer to the newly announced July 27 release date.