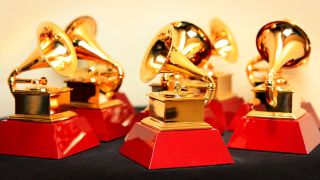 It's been deemed 'Music's Biggest Night' and from what we know so far, the 62nd annual Grammy Awards is definitely looking like it will live up to that title. So if you're ready to see some unforgettable performances, keep reading to find out how you can get a 2020 Grammys live stream.

This year’s Grammy Awards will be held on Sunday, January 26. As has been tradition for the last 20 years, it will be held in The Staples Center in Los Angeles, California.

The award ceremony will begin at 5pm PT local time (8pm ET, 1am GMT) and will be broadcast live on CBS, at the Staples Center in Los Angeles, California.

Alicia Keys will be returning to host the awards again, making her the first female artist to host the Grammys twice.

Both Lizzo and Billie Eilish will make their Grammy stage debut by performing at this year's award. Not only is Lizzo putting the 'sing in single', it turns out she's also 100% that Grammy nominee - Lizzo has picked up the most award nominations this year of anybody.

Other artists that have been nominated include Latin sensation Rosalía, pop-star Ariana Grande, queen bee Beyoncé, youngest artist to record 007's theme song Billie Eilish and many more. A star-studded event, this year has been filled with a wide diversity of nominees and attendees after the #GrammysSoMale controversy of 2018.

Make sure you don't miss this incredible event - keep reading to find out how to live stream the 2020 Grammy Awards from anywhere in the world.

How to watch the 2020 Grammy Awards: live stream in the USA

If you live in the US and want to watch this year’s Grammy Awards, then you’re in luck as you have quite a few number of viewing options available. Similarly to last year, CBS is the official broadcaster of the Grammys and the network will show the entire award show on television.

However, if you're on the go or simply prefer to stream the event on your computer, streaming devices or even on your mobile phone, you can do so with CBS All Access. Although its important to note that the service will cost you either $5.99 a month with limited commercials or $9.99 a month commercial free. Good news is, both services give you a one week FREE trial each so you could always cancel it after the event.

And if the three-and-a-half-hour ceremony isn't enough for you, tune in beforehand to E! starting at 4pm ET / 1 pm PT the channel will help you get the party started with the E! Countdown to the Red Carpet: The 2020 Grammys.

Don't want a cable subscription? Below we've got a number of streaming services that have CBS so you can get a 2020 Grammys live stream.

How to watch a Grammys live stream from outside your country

If you've mismatched a holiday or are away for work when the 2020 Grammy Awards happen, don't panic - you can still catch the awards on your home TV channel and avoid the geo-blocking that broadcasters put in pcae when you watch from overseas.

By using a VPN, you can change your IP address to one back in your home country which will allow you to stream the event as if you were back at home.

A VPN is perfect for this as it allows you to change your IP address so you appear to be in a completely different location. We've tested hundreds of VPNs and can recommend ExpressVPN as the very best VPN currently available.

As well as the fact that ExpressVPN comes with a 30-day money back guarantee, we also rate it #1 thanks to its fast connection speeds, trustworthy security and utter simplicity to use. You can watch on many devices at once including Smart TVs, Fire TV Stick, PC, Mac, iPhone, Android phone, iPads, tablets etc.

Check out ExpressVPN and get 49% off and 3 extra months FREE with an annual plan.

How to get a Grammys live stream in the UK

Unfortunately for UK music fans, there will be no live broadcast of the Grammy Awards this year. However, you can still watch the highlights show on 4Music at 7.30pm GMT on Monday, January 27.

However, the good news is that if you’re just interested in seeing what your favorite artists are wearing and who they’re attending the awards with, channel E! will be showing live coverage from the red carpet between 11pm and 1am GMT on Sunday when the ceremony begins in Los Angeles.

2020 Grammy Awards - what else is happening

If you need more Grammy gossip, then you'll want to know that there was a pre-Grammys gala held on Saturday night where Sean "Diddy" Combs was recognized with the 2020 Grammy Salute to Industry Icons to honor his 25-year career in the music industry.

And the Friday before the Grammys, rock band Aerosmith were honored as the 2020 Person of the Year for MusiCares, the Recording Academy's charity for musicians in critical financial need. The band earned the title for their philanthropy and impact on music history.