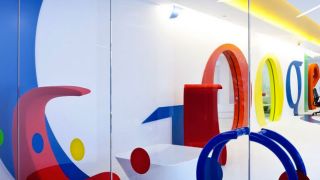 Remember when someone bought the domain google.com? Google has finally revealed how much it paid him to buy it back.

In a blog post detailing the 2015 "Google Security Rewards," the company wrote that it paid ex-Googler Samnay Ved $6,006.13 for the domain.

The search giant asks you to look carefully at that number, because yes, it does kind of spell out "Google."

In October 2015, Ved was researching the Google Domains interface when he discovered that google.com was available to purchase.

Detailed in a LinkedIn post, he explained how he bought the domain for $12 a year, a purchase that was followed by an order cancellation email from Google Domains soon after.

It's not made clear how Google lost the domain name, but Ved eventually contacted Google Securities about the incident (Google claims he owned the google.com for one minute). The team got back to Ved, offering a cash reward.

When it was found out that the former employee planned to donate the reward money to a charity organization, the Art of Living India foundation, Google doubled the reward. See, it pays to be kind - and to snap up domains to major corporations, if you can.