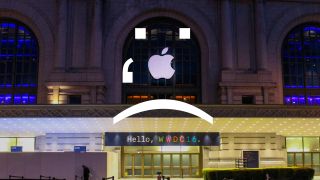 There was two hours worth of upgrade announcements at Apple WWDC 2016 this week, but none of the rumored hardware showed up to this strictly software event.

Yes, changes are in store for your Apple Watch, Apple TV, New MacBook and iPhone 6S, but it has everything to do with their respective operating systems.

Anyone who told you that the iPhone 7 and iPhone 7S Plus release date to be timed with WWDC was full of it. Every year we year the same disproven iPhone rumors that say it'll come earlier this time around. It never happens.

But there were more legitimate rumors about possible hardware announcements that were believable. Here are seven, not counting bogus iPhone 7 rumors, that were no-shows.

There's still reason to believe that Apple is planning a Siri speaker that sits in your living room and does everything it can to rival the Amazon Echo and the impending Google Home speaker.

In fact, I'd say that after attending WWDC, there's even more reason to believe it's coming. Apple invested a lot of time detailing its brand new Home app.

Home ties together all of your smart home accessories into one convenient interface. It looks incredibly slick on the iPhone and iPad, complete with a Control Center menu and Siri on call.

Apple also touted a much more capable version of Siri as part of the forthcoming iOS 10 update. It understands third-party apps, including WhatsApp, Uber and Skype.

Combine the company's intense interest in your home and leveling-up of Siri...

This is essential because Amazon Echo's Alexa already works with third-party apps this way. So the enhanced iOS 10 Siri needs to be beta tested and launch before the first speaker is sold. Makes sense.

Combine the company's intense interest in your home and leveling-up of Siri, and we should see an Apple intelligent speaker launched by the end of 2016. That's my bet.

There's a lot to like about watchOS 3 because it fixes many issues we had with our now one-year-old Apple Watch. It's becoming the smartwatch we really wanted kind of, sort of wanted.

Software alone isn't going to make the Apple Watch help it top our best smartwatch list, however. There really needs to be an Apple Watch 2 and, sadly, that didn't happen at WWDC either.

Maybe 14 months is too soon to launch a second smartwatch - this is Apple, not Samsung. But I fully expect an Apple Watch 2 to come this year, with new sensors and maybe a camera.

Maybe 14 months is too soon to launch a second smartwatch - this is Apple, not Samsung.

Apple seems keen on letting users run more freely, without their increasingly large Plus-sized iPhones weighing them down, so a GPS chip seems like an inevitability.

So does FaceTime video calls (not just audio calls) with an embedded watch face. It'd allow us of us tech journalists to drive home that cliched Dick Tracy analogy in our reviews.

There's a MacBook Pro 2016 coming, according to every rumor and leak we've seen - it just wasn't at WWDC this week like we were all hoping.

That's okay. Right now, the Mac team is probably still chiseling the "magical" aluminum on a new MacBook Pro, which is said to include a significant speed boost via Intel's Skylake processor.

The Mac team is probably still chiseling the 'magical' aluminum

It's expected to slim down in size, joining the 12-inch new MacBook in dropping normal USB ports in favor of USB Type-C. But there may be way more than one USB C port, thankfully.

The latest MacBook 2016 leaks indicate a touchscreen OLED panel that replaces the function keys with something a little more dynamic. It all sounds perfect for Back to School sales in a few months.

As much as we want to see iMessages for Android, a cross-platform version of Apple's chat app didn't happen at WWDC 2016 for people who use Google's mobile operating system.

There was a flurry of late-breaking rumors about it (we still thought otherwise), and Tim Cook has hinted that more Apple services are coming to Android, calling Apple Music a way of testing the waters for porting over additional services to other platforms.

Really, it doesn't make a whole lot of sense to do

It even looked as if the company was going to segue into talking about bringing iMessages to rival platforms several times during this week's keynote. It didn't happen.

Really, it doesn't make a whole lot of sense to do. Yes, Apple is opening up to developers more, but its users are still locked into an ecosystem. iMessages keeps them with iOS and Mac.

We weren't expected the fabled Apple Car to be unveiled during WWDC 2016 - just hoping for small hints about where the company is headed among autos.

That's going to be a longshot prediction for WWDC 2017 a year out. Something, anything that tells us about Apple's intentions to create a self-driving electric vehicle.

It has some of the Apple Car parts already among its tech: a smarter Siri, Apple CarPlay interface and, most importantly, its chief rival showing off its own autonomous creation, the Google self-driving car.

Happy 15th anniversary, iTunes. Now, please, completely change your ways. Apple's media player and digital store on computers has been confusing everyone since iTunes 12 launched in 2014.

I've talked to people who refuse to update iTunes out of fear it'll be even more confusing. Really, they should update: iTunes 12.4 helps a little by adding the sidebar back into the navigation.

There's a long way to go before it's ever considered easy to use, and the same goes for the iTunes Store on iOS. On mobile, it needs a reason to exist now that Apple Music makes it somewhat irrelevant.

There'e been rumors that iTunes is going to get a proper web interface (think: a combination of Pandora and the Google Play Store), but that hasn't happened yet. Maybe iTunes 13 will be its lucky number?

The iOS 10 update is all about shortcuts and time-saving conveniences, while iOS 9 was filled with iPad-exclusive functionality, like SplitView and a slightly tweaked keyboard layout.

In our iPad Pro 9.7 review, we noted that even with the tablet-focused advancements of iOS 9, the software holds back its true productivity potential. It has grunt; it's just not a computer replacement.

The hope was that iOS 10 would bring about the changes to make the new iPad our new laptop. Better app switching and deeper customizations (like modified keys) would've been nice.

There are other, smaller tweaks missing, too: why can't we embed hyperlinks into text (especially in the Mail app)? Why don't the Control Center toggles for WiFi and Bluetooth simply 3D Touch shortcut to their respective settings menus?

Some of these changes could still come to iOS 10 because the update is right now in a developer beta, or they could be planned for next year when Apple turns it up to iOS 11.