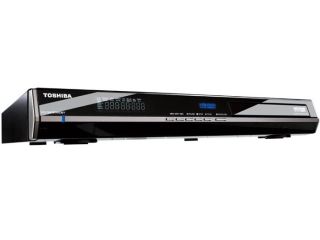 Far from throwing in the towel and calling time on the HD DVD format, Toshiba has announced that it is to begin a major marketing push, beginning with a round of price cuts for its players.

After the HD DVD booth at CES turned into a ghost town on the back of Warner Brothers' defection to Blu-ray, many pundits predicted that Toshiba would quickly fall on its sword and concede defeat. Not a bit of it.

Instead the company has announced today that it is to embark on a series of "major initiatives, including joint advertising campaigns with studios and extended pricing strategies". Toshiba aims to build on what it describes as "record-breaking unit sales in the fourth quarter of 2007".

Interestingly, one of the chief tenants of the new push will be to convince consumers of the interactive and online benefits HD DVD enjoys over Blu-ray.

However, Toshiba's first move has been to cut the price of three HD DVD players in the US. The models affected are the entry-level HD-A3, the HD-A30, and the high-end HD-A35. Price cuts are expected to follow in Europe, with Toshiba due to make an announcement before the end of the week.

Meanwhile, Sony has made a move of its own, with the announcement that 200 selected Blu-ray films on Amazon.com have been reduced to $15 (£7.50).

Can Toshiba turn its ailing fortunes around, or has Blu-ray's recent momentum become unstoppable? It looks like we're going to have to wait a bit longer to find out.