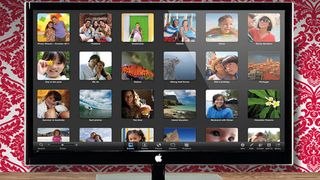 Looking for a new TV?

Twelve months from now, you could be staring into an Apple TV display.

That is, if the predictions of one analyst are accurate.

An all-in-one Apple TV will arrive in November 2013, according to Piper Jaffray Senior Research Analyst Gene Munster in a note picked up by Business Insider.

Six months ago, the analyst had prognosticated that Apple would announce its first line of televisions in December, then debut the Apple TV in the first half of 2013.

Of course, Munster might not have been wrong at the time.

Between then and now, talks between Apple and cable provides (which would provide some if not all of the content) have reportedly stalled, delaying Apple's effort to reinvent the way people watch their programs.

In turning its Apple TV box from being just a hobby to everyone's next television, Apple faces fierce competition.

Samsung sold over 1 million HDTVs in October in the United States alone.

Still, recent survey results from Munster indicated that almost half of the people questioned said that they would be interested in buying an Apple TV set.

WWDC in June should give everyone a first look at iOS 7 and OS X 10.9, plus more Retina displays, this time for MacBook Airs.

Finally, an iPhone 5S release date and a redesigned iPad should join an iPad mini with a specs bump in September, two months before the Apple TV makes it debut.