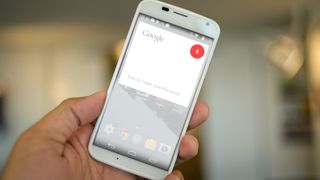 More Google on your Android phone

The Google Now Launcher is now available on the vast majority of Android devices, thanks to a new roll out this weekend.

The tool, which allows users to view upcoming appointments, weather, traffic conditions, public transport, sports scores and more, can now be downloaded for all devices running Android 4.1 Jelly Bean and up.

Previously the launcher, which arrived as a standalone app in February, had only been available for the Nexus and Google Play Edition family of devices.

The arrival of the app for all Jelly Bean devices means users can get the Google Now launcher directly on their homescreens and say "Ok Google" to launch voice searches.

Once installed, Google Now cards can be accessed by swiping right on the home screen.