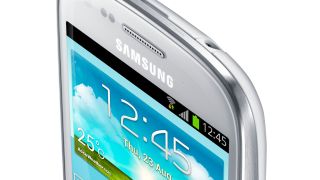 Word has emerged online saying that Samsung's 441ppi panel for its next S-series smartphone has run into trouble getting the required tech from Samsung Display.

Apparently, Samsung Display (SD) lacks the technology to mass produce the hi-res displays due to problems printing the delicate OLED materials onto the glass panels.

Samsung is said to be asking US-based conglomerate 3M for help, although these complications will have thrown a spanner in the works for the Korean firm.

This news further adds to speculation that Samsung's next flagship device – the Galaxy S4, presumably – will feature a 441ppi, full-HD AMOLED display.

This would put it up alongside the likes of the Droid DNA/ HTC J Butterfly's beastly 5-inch 1080p screen, ahead of the Samsung Galaxy S3's 306ppi display and the iPhone 5's 326ppi Retina.

According to "industry sources", today's developments mean Samsung may not be able to meet the proposed deadline for the release of the Galaxy S4, assuming this is in fact the device in question.