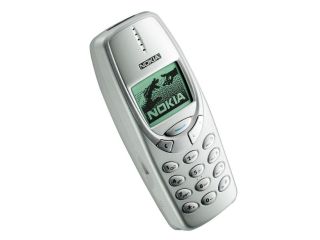 Is this really the eBay antique of the future? Let us know your thoughts...

eBay has unveiled the modern-day detritus it reckons will be worth big money in the future. Although it's hardly a definitive guide to your future selling, it does provide some interesting titbits about current and future eBay behaviour.

The list has been compiled by Jamie Breese , TV antiques expert. Bresse reckons that the list is topped by ageing mobiles and thinks that if you have an ancient Nokia in a box it might "one day be considered in the same light as the first computers, cameras, TVs and radios".

Breese says a broken Sinclair ZX80 recently sold for £122 on eBay.co.uk, although working versions may sell for a lot more. "Even Vectrex and Atari consoles from the early '80s are selling well these days."

As for newer tech, Breese thinks "new, boxed and sealed iPod models from a few years back could be a valuable museum piece in ten years or so," while he recommends collectors keep hold of mint iPhones.

Among the smaller items "already selling well on eBay.co.uk" are Starbucks coffee cards. As is eBay merchandise: "look out for cheap items such as eBay postcards, eBay Live! mugs, eBay mouse mats...as they may be valuable collectable items in the future."

1990s memorabilia is also to be kept, says Breese. "We are already referring to certain items from the '80s as 'retro' and items like Alessi kettles are now collectable."

Bizarrely, he also reckons Millennium Dome merchandise will also make good eBay fodder. The exhibition at the Millennium Dome might one day be considered a landmark attraction, just like the Crystal Palace Great Exhibition of 1851.