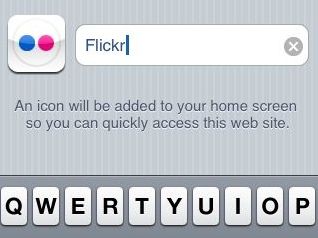 Flickr has finally launched its own official app for the Apple iPhone, for those amateur and prosumer snappers that want an even quicker and easier way of showing off their pictures to the world, or checking out those of others.

Flickr's new app lets you uploads your pics or check out those of others on your iPhone around a hundred times easier than it previously was, going via the slow and frustrating mobile browser route.

A golden week for the iPhone

It is a golden week for Apple's iPhone, what with the launch of Spotify for iPhone earlier this week.

We also look forward to bringing you more iPhone and iPod touch news from Apple's own press briefing tomorrow night.

It is now almost certain that we will also see a new camera-toting iPod – among many other announcements from Mr Jobs and co – at this week's Apple event.