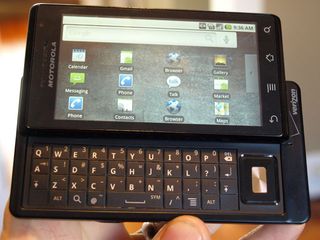 Milestone gets rooted over in the US

Motorola and Android's newest, most cutting-edge device, the Milestone, has been rooted already, meaning all the power of Android can be exploited.

Similar to iPhone jailbreaking, rooting allows (well versed in hacking) users to exploit elements of the Android operating system that may have been locked down by the carrier.

Over in the US, where the phone is known as the Droid, this means multi-touch support has been unlocked, where Verizon had disabled it on commercial devices.

While in the UK we're allowed to use the multi-touch system, but in the future it means that members of the hacker community will be able to offer some cool additions to the device when the same thing is achieved on the Milestone.

Obviously, this will bring its own risks - it's very much recommended that you don't 'dabble' in hacking without knowing what you're doing, as you can easily end up with an inoperable phone.

Still, good to see the likes of Cyanogen (who posted the updated root, which was originally discovered by Zinx Verituse) and the hacker community are still going strong and keeping our favourite gadgets free and easy to use.