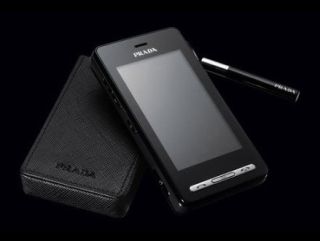 A TV-equipped version of the Prada Phone by LG has been announced - though in order to tune into telly on the fashionista favourite you'll need to be in South Korea.

All the regular touchscreen-operated functionality of the original version model - such as multimedia player, camera and organiser functionality - will be onboard, but an additional antenna provides the TV pick-up capability.

The announcement of the DMB-equipped Prada Phone comes ahead of the Korea IT Show 2007 , where manufacturers are showing off new products, including Samsung's DMB-capable, Picture-in-Picture enabled SCH-B710 .