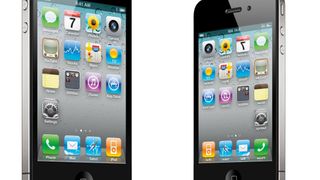 Reports from Asia are suggesting Apple has placed orders for larger screens for the upcoming iPhone 5.

Since the iPhone first graced the world in 2007, Apple has stuck with the same 3.5-inch display for all five iterations of the popular smartphone.

Apple must be given kudos for sticking to its guns, but it's hard not to yearn for a bigger screen as the likes of the HTC One X, Samsung Galaxy S3 and huge Samsung Galaxy Note parade around with their imposing visual aids.

The Wall Street Journal reports that sources familiar with the situation revealed the production of the displays, measuring at least 4-inches, would begin next month.

If production of the larger display is only set to start in June, it pretty much puts a nail in the coffin for a WWDC launch for the iPhone 5 in the same month, with the touted Septmeber/October release date looking ever more likely.

Details on Apple's sixth generation iPhone are still thin on the ground, but it could very well join the quad-core brigade and the 4G version may even make its way to the UK – a boy can dream.