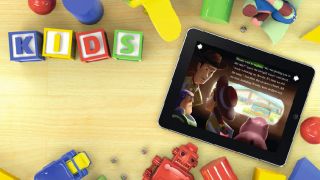 It's all fun and games until somebody's credit rating goes down

Apple is planning to offer parents compensation for the iTunes bills their kids racked up on in-app purchases.

The fruity phone maker has been in hot water with a group of parents who sued it in 2011 on the basis that their children had been able to run up monstrous charges while playing games on iPad, iPhone or iPod touch that had been positioned as free.

The compensation that Apple has pitched will see it give $5 iTunes credit to parents who claim that a minor bought in-game items without their knowledge or permission ($5 is the equivalent of around £3.50 / AU$5).

The proposed settlement document fails to outline exactly how many users will be eligible to claim a refund. It also doesn't say whether it will be restricted to US customers or if the rest of the world will be able to claim that, er, yeah it was my kid that racked up $693 keeping a virtual fish alive, not me. Honest.

This won't be a permanent deal, however - if the court OKs the settlement, there'll be a notification period during which parents will have to make their claims.

After that, we imagine Apple's updated terms will keep it from having to shell this kind of credit out again.