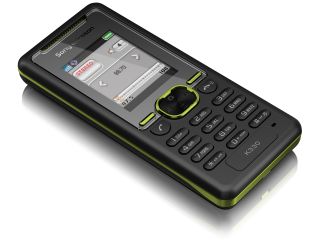 Sony Ericsson carried on with its day of releasing the fruits of its labour into the big wide world by releasing the dust resistant J132 and K330 candy bar phones.

The K330 is the epitome of the entry level phone in a couple of ways.

First of all, it carries all but the most basic specs we've come to expect from phones these days. Bluetooth, FM radio and stereo headset, along with a VGA camera are as common as buskers at an underground station.

The addition of a dust resistant keyboard, dual-band connectivity, torch and large phonebook hint strongly that this phone is destined for emerging markets, one of the last cash cows for the mobile manufacturers.

And then the J132 comes along, and makes things even simpler, basically by hacking off a few of the features of the K330.

Radio alarm is probably the most advanced feature of this little pixie, which tells you all you need to know about it really.

No camera, no high speed internet, just a phone that can call and text.

Thankfully it does also have a torch though. SE has clearly done its homework here.