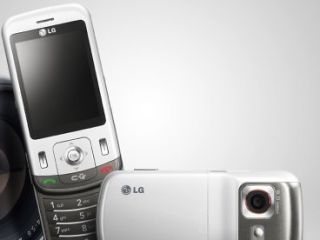 LG seems to have got wind of the claims by Samsung that is has the slimmest 8MP cameraphone in the M8800 Pixon, so has quickly knocked something up to take the title back.

Well, it probably didn't make the KC780 overnight, as it takes a while to put together a sliding phone with quad band connectivity, especially one that has to be less than 13.8mm thin to be the thinnest 8MP phone in the world.

GSM Arena has managed to snaffle a press shot of the upcoming handset, and there's even a rumour that this handset is not only going to be affordable, but even come with a limited touch screen for media applications.

On the plus side, it seems this handset should be announced fairly shortly, so we'll be able to bring you more details pretty soon.

Until then, just have a look at the picture. Perhaps make it your wallpaper to really have a good think about what LG is up to, eh?