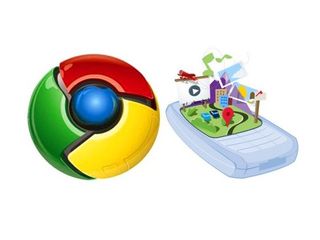 Together in the near future?

Google's co-founder Sergey Brin has hinted that Android could use some elements of Google Chrome in the future.

The two were developed in very different projects, but given both were built using the same WebKit, fusion is unlikely to be very difficult.

"We have not wanted to bind one's hands to the other's," Brin said, according to CNET.

"Probably a subsequent version of Android is going to pick up a lot of the Chrome stack," he added.

WebKit is an open-source program that helps the device, be it PC or mobile, interpret HTML code for rendering on the given screen.

Given the clear convergence of internet PCs and mobile phones, an Android and Google Chrome alliance would make a lot of sense, as it would allow Google to get further tie-ins for its services and products.

And the name of the service? "Probably a subsequent version of Android is going to pick up a lot of the Chrome stack," Brin commented.