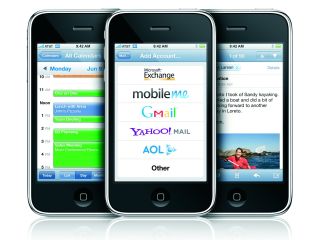 Apple wants to protect its baby

Apple's success with the iPhone hasn't seemed to dampen its enthusiasm from keeping all other companies away from its precious device, as it has apparently rejected the Opera browser from its App Store.

Opera CEO Jon Stephenson von Tetzchner told the NY Times in a recent interview that Opera's engineers have developed a browser capable of running on the iPhone, but Apple won't let the App be released as it competes with Safari Mobile.

It seems strange that Apple would be so protective over a certain aspect of the handset. It happily lets multimedia playing applications through the App Store, even though the iPhone is so heavily built on the iPod structure.

Perhaps this is Apple's way of keeping its powder dry until the Mobile version of Firefox releases? Many within the industry believe the new browser is going to be pretty good, and although Safari Mobile is still one of the best ways to get the internet on your handset, the Mozilla effort could be the one mobile phone users are clamouring for in the next year.

Or maybe Apple just doesn't want to play with any of the other kids... seems equally plausible really.