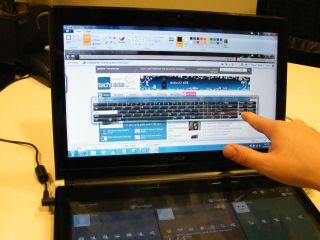 Acer has released a statement saying that the company is not aiming to phase out netbooks in favour of tablets.

Recent comments from Taiwan sales manager Lu Bing-hsian indicated that the company's investment in tablets was "aimed at phasing out netbooks".

However, the new statement from Acer's PR team denies that this is the plan.

The company states, "Acer recognizes that the computer market is changing: As PCs are no longer used to only create content but are more and more becoming consumption tools, new devices and new form factors are appearing.

"This means the range of devices available to users is getting wider and tablets are just another piece of the mosaic. Therefore they will find their space next to netbooks and notebooks, without taking over."

The company is also keen to distance itself from the claims that it will be launching a number of Sandy Bridge tablets later this year, saying "For the moment devices based on Sandy Bridge are not foreseen yet."