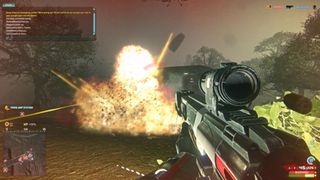 The game studio, which developed games including Everquest and Planetside 2 and is working on the Steam Early Access game H1Z1, could go on to make Xbox games for the first time.

A bit more subtly, the Reddit post notes that "we can now fully embrace the multi-platform world we are living in."

Daybreak has made games with licenses like DC Universe and The Matrix, and could potentially bring a lot of value to Xbox, mobile and other platforms, although it's unclear how much (if any) of the studio's IP it will actually retain after the sale.

Columbus Nova Senior Partner Jason Epstein said a separate statement quoted on Reddit that the studio will continue to work on just-released and upcoming games including H1Z1 and Everquest Next.