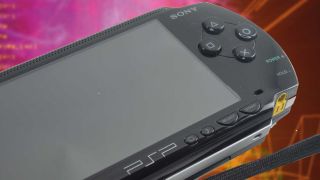 It's the end of an era, with Sony reportedly ending shipments of the trusty old PlayStation Portable handheld gaming console in Japan, a decade on from its launch on home shores.

According to Polygon, the Japanese market's shipments will end in June.

The PSP arrived in blaze of glory but, despite lovely build quality and some fascinating titles, it could never truly upset Nintendo's, ahem, grasp on the handheld market, not least because of its premium price point.

It may be considered a failure by some because of this, but even if that was the case, it was certainly a glorious one for Sony, with sales of around 80 million not to be sniffed. But the less said about the UMD format, the better.

The original, a still-beautiful bit of kit, made way for the thankfully UMD-free, lighter, but plasticky PSP Go and its horrifying digital store.

Of course, Sony's attention is now on its PS Vita - a handheld that is having to fight back from a slow start to get mainstream attention.

The TechRadar office remains fans of the original PSP so we'll be lighting a UMD disk in memory.