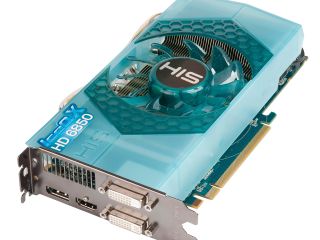 HIS has unveiled its self-styled 'secret weapon' – the HIS 6850 IceQ X and IceQ X Turbo graphics cards.

The latest cards from HIS are equipped with company's latest cooling tech, and boast high-quality components that include solid-state chokes and capacitors.

A load of hot air

"The new HIS IceQ X Series cards significantly control their temperature by expelling the hot air directly out from the central fan to cool down the GPU and graphics card," it added

"Both cards are equipped with the same 1GB GDDR 5 memory, with the IceQ Turbo version featuring a maximum core clock speed of 820MHz and a memory clock of 4,400MHz."

The AMD chipset that the cards are based on means that they also boast HD3D and Eyefinity for up to three monitors.